How Does a Force Sensing Resistor (FSR) Work?

Printed, thin, and flexible sensors have caused quite the buzz around the design engineering community in recent years. This is due largely to the boom of smart, lightweight, and power-efficient technologies, which have become entrenched in our everyday lives. Naturally, when designing these compact but powerful devices and products, the embedded components that make them game-changing innovations should also share those same traits.

This article shares the basics of force sensing resistor technology, how they work, and how they can be used to capture force measurements as an embedded component within a device. 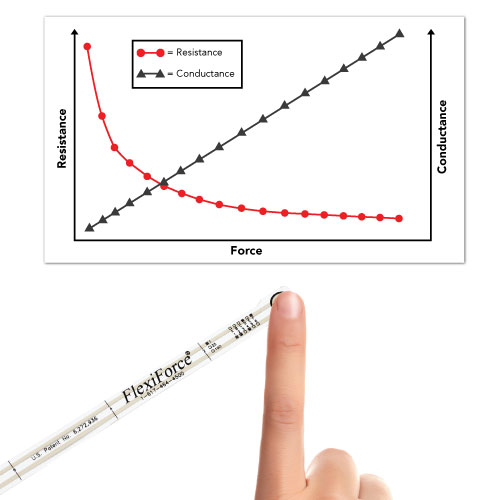 Figure 1: When force is applied to a force sensing resistor, the conductance response as a function of force is linear.Most engineers have learned that the formula for force is an object’s mass multiplied by its acceleration (or, F=M*A), or, applied pressure multiplied by the contact area (F=P*Area). There are several engineering units to represent “F” in these equations, such as Newtons (N), pound-force (lbf), and others.

Force sensing resistors are a piezoresistive sensing technology. This means they are passive elements that function as a variable resistor in an electrical circuit. As shown in Figure 1, when unloaded, the sensor has a high resistance (on the order of Megaohms (MΩ)) that drops as force is applied (usually on the order of Kiloohms (KΩ)). When you consider the inverse of resistance (conductance), the conductance response as a function of force is linear within the sensor’s designated force range.

How do You Calibrate a Force Sensing Resistor?

Because of their resistance/conductance linear relationship, force sensing resistors can be calibrated with as little as two-to-three known loads. This article explains the step-by-step calibration process in detail.

Also, if your circuit is designed with adjustable components, the sensor’s sensitivity can be adjusted for optimal performance in your specific force range. This article provides further details on the value of adjustable sensitivity.

How are Force Sensing Resistors Made?

Figure 2: This graphic illustrates the differences between shunt and thru mode force sensing resistor technologies.

Shunt mode force sensing resistors are polymer thick-film devices consisting of two membranes separated by a thin air gap. One membrane has two sets of interdigitated traces that are electronically isolated from one another, while the other membrane is coated with a special textured, resistive ink.

Thru mode force sensing resistors are flexible printed circuits that utilize a polyester film as its two outer substrates. Silver circles with traces are positioned above and below a pressure-sensitive layer, followed by a conductive polymer. An adhesive layer is used to laminate the two layers of the substrate together. 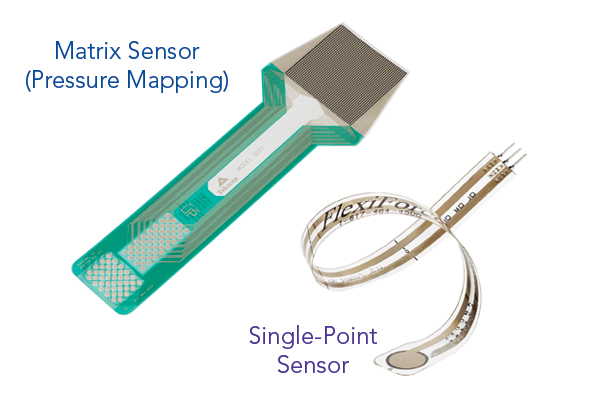 FlexiForce™ sensors from Tekscan are a thru mode force sensing resistor variety. The flexibility of this technology, combined with their operating capabilities, and their ability to function on simple circuitry, make them a great option for embedding into smart devices with limited space and power constraints. FlexiForce sensors are also highly customizable. The shape, size, sensitivity, electrical termination, and operating temperature, can all be tailored to your application’s specific needs.

This article covers several performances differences between shunt and thru mode sensor technologies, including how they compare on linearity, drift, precision, and other key factors.

How are Force Sensing Resistors Used?

While new uses for force sensing resistor technology are being discovered every day, most applications tend to fall under four different use categories:

At Tekscan, we offer a range of standard FlexiForce force sensing resistors in low-cost, low-quantity packs, from our online store. We also offer force measurement systems and OEM proof-of-concept and integration kits to assist you in your diverse force measuring needs.

For any other questions on force sensing resistor technology, contact a Tekscan engineer today!